Patriots get completely obliterated in Buffalo to end the season 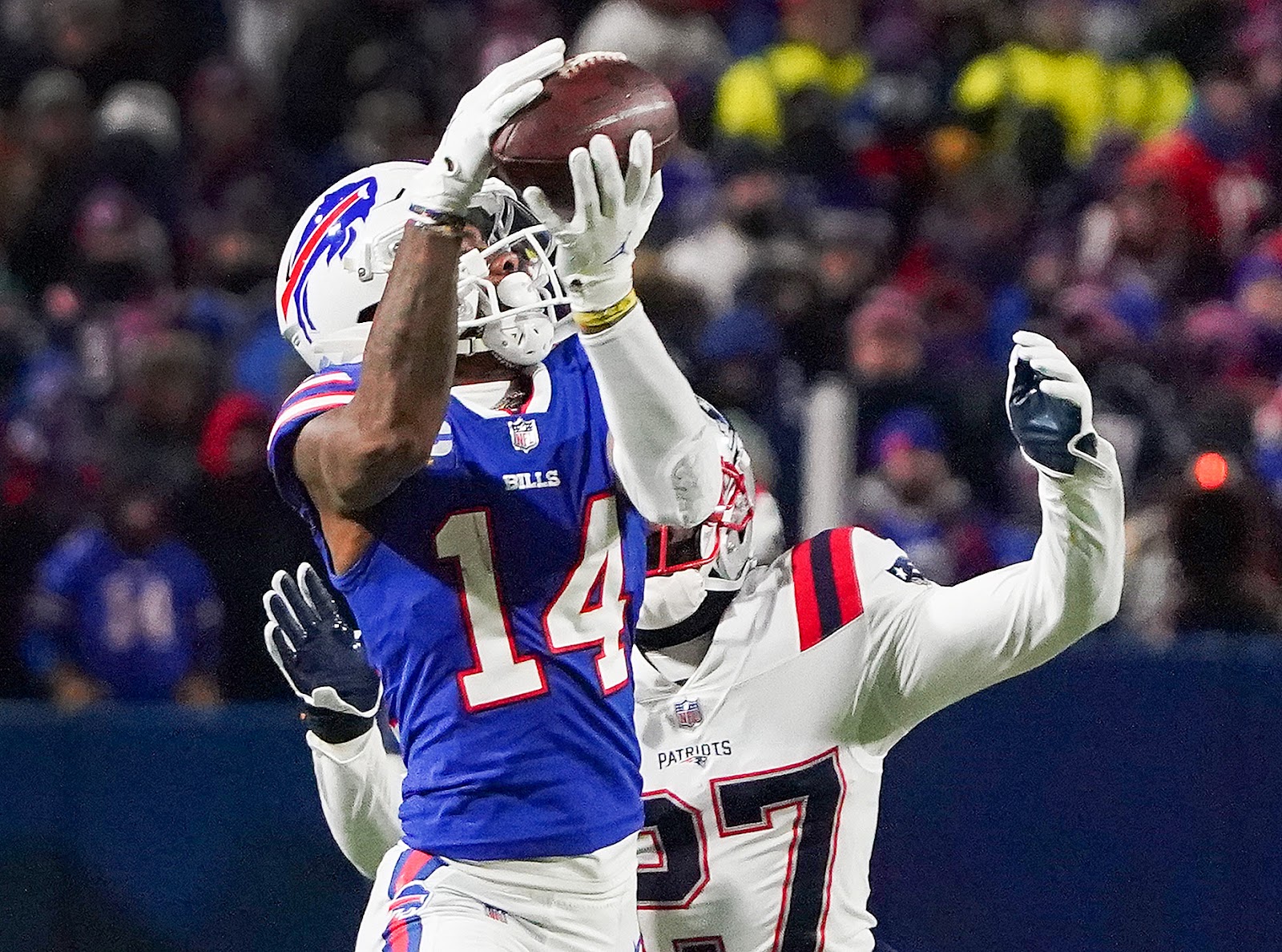 (Bostonglobe.com)
Well that escalated real quick huh? The New England Patriots got completely blown out in Buffalo 47-17 to end their 2021 season. The message all week as that the Pats couldn't get behind in this game but Buffalo went up on the opening drive and never looked back. Mac Jones opened up on a very promising drive, but was ended on a phenomenal red zone interception by Micah Hyde and that was just about the only life New England had left for the night.
Josh Allen absolutely had his way against the Patriots defense, going 21/25 for 307 yards and 5 TDs. Just to really emphasize how bad the defense was tonight, Buffalo never punted, turned the ball over or even kicked a field goal. That's right, they scored a touchdown on every possible drive they could've. In his playoff debut, Mac Jones gave reason for hope in the future, going 24/38 for 234 yards and 2 TDs and 2 INTs.
The Patriots really seemed to fall off rather drastically after the late season bye week and it showed in the playoffs. Defense failing to provide any sort of chance for the offense to flow into their system and constantly playing catchup really offered no chance of success. There isn't much to say about this game, so I'll just talk about the season in general here. Sure they fell horribly flat in the playoffs, but there is a very bright future for this team. Bill obviously balled out in free agency and spent crazy amounts of money, but nearly all of the signings played a big role in the success of the team this season.
Coming from last season where they never even made the playoffs and failed to finish above .500 on the season, you have to consider the 2021 season a successful one. Sure it is very frustrating right now, but for a rookie quarterback to make the strides that he did and for the team to develop a name for themselves is a very promising sign for the future. There are a lot of questions for the offseason that need to be addressed, but for right now we are just going to have to take this in stride and regroup for the 2022 season.
I wish it could've ended differently, but that's the nature of football. Happy 2022 everyone we'll see ya in the offseason.