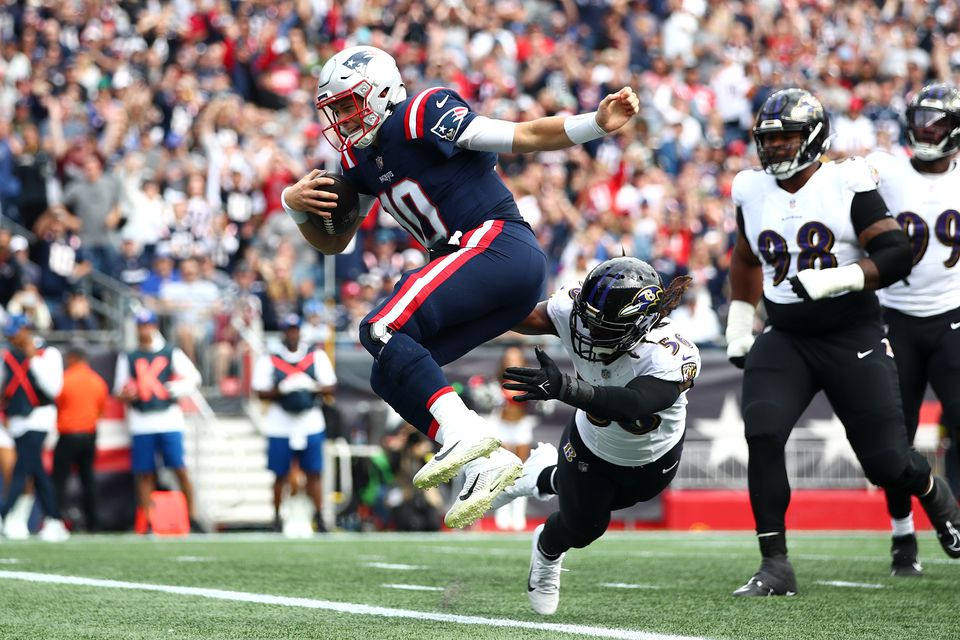 (BostonGlobe)
In a very up and down game in the home opener at Gillette, the Pats drop a very frustrating loss to the Ravens. There were a lot of positives to take away from today, but overall just a very difficult loss where the Pats just really couldn't get out of their own way. The defense might be the biggest takeaway from today, as they really kept Baltimore's offense in check, but turnovers on both sides were the big story. From fumbles to head scratching interceptions, the Patriots left a lot of disappointment on the field.
Mac Jones finished with 323 yards passing and 3 interceptions, but utilized his legs a lot today, for 5 carries and a touchdown. Devante Parker finally got his connection with Mac, hauling in 5 catches for 156 yards. Defense collected 4 sacks on Lamar Jackson, including 3 from first year captain Deatrich Wise, but wasn't enough to keep the Ravens down for long.
Just sloppy turnovers kept the Pats back including a late drive fumble from Nelson Agholor, killing what little life the Pats had left. The road doesn't get much easier, as New England will be heading to Wisconsin to take on Aaron Rodgers and the Green Bay Packers. One story to note from today as well is on the last offensive play for the Pats, Mac Jones hobbled off on what appeared to be an ankle/leg injury, but it is still too early to diagnose yet. The season is still very early Patriot fans, while there were certainly some positives to take away, there is still a lot to improve on for this young team.