Patriots drop a real stinker at home against The Bears 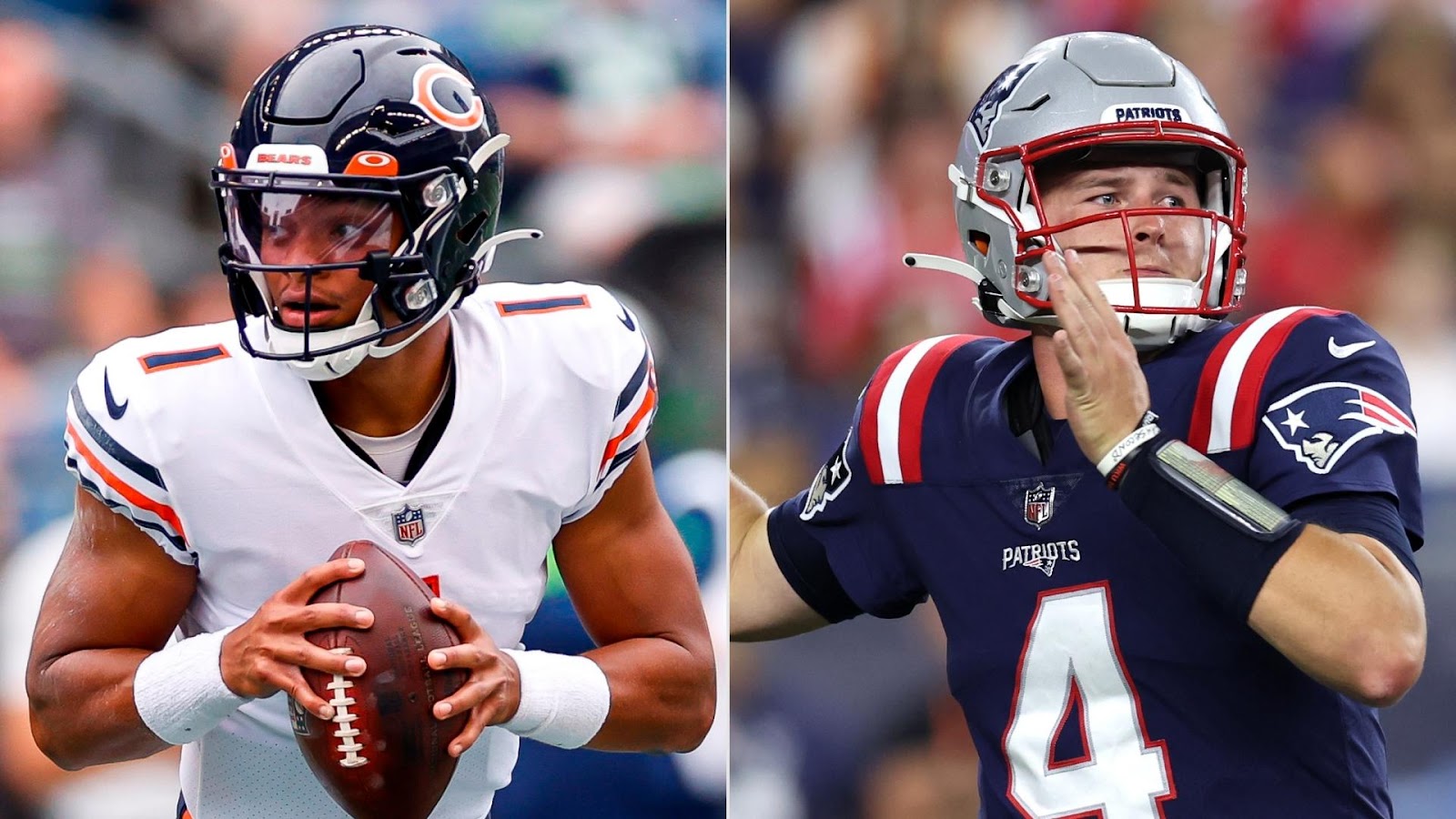 (sportingnews.com)
In what started out as a wild up and down first half, the Patriots got absolutely man handled in a tough 33-14 Monday Night loss to the Chicago Bears. The talk all week leading up to this matchup was the controversy of Mac Jones or Bailey Zappe. A lot of factors led into it, and it did not go in Macs favor. After a few penalty ridden drives, Jones threw an awful back foot interception which resulted in his last throw of the night. Eager for a spark in a close game, Bill Belichick opted to go with the rookie Bailey Zappe, and for the 2nd quarter, we all felt the Zappe Fever.
Zappe quickly got the offense moving and put the ball in the endzone in 4 plays after an insane acrobatic catch by Jakobi Meyers. After a Chicago turnover, Zappe threw a bomb to Devante Parker on the sideline, which set up Rhamondre Stevenson for 6. The wheels quickly fell off after, as it just appeared all sides of the ball forgot how to play. Zappes, drives kept stalling out with tipped balls and sacks, Jake Bailey kept setting up the Bears with head scratching short punts, and Justin Fields gashed the Pats D time and time again with 83 yards on the ground alone.
After the big second quarter, Bailey Zappe didn't give much help to his case for the starting job, throwing 2 INTs and going 14/22 for 185 on the night. You have to assume Mac Jones gets the start on Sunday against the Jets, as he was coming off 3 weeks of injury and had an insanely short leash which never gave him a shot to even settle in. The only bright spot was Mathew Judon, who continued his stellar season with 2.5 sacks on the night.
In a week where Buffalo had a bye and both the Dolphins and Jets winning, the Pats fell even further back in the AFC East, with a record of 3-4. They have a crucial string of games against the Jets and Colts coming up, so the Patriots have a lot to address in a short amount of time. If QB drama is something you love, take a seat and enjoy this week, as both QBs left a lot to be desired.