Patriots leave Cleveland with a win to get back to .500 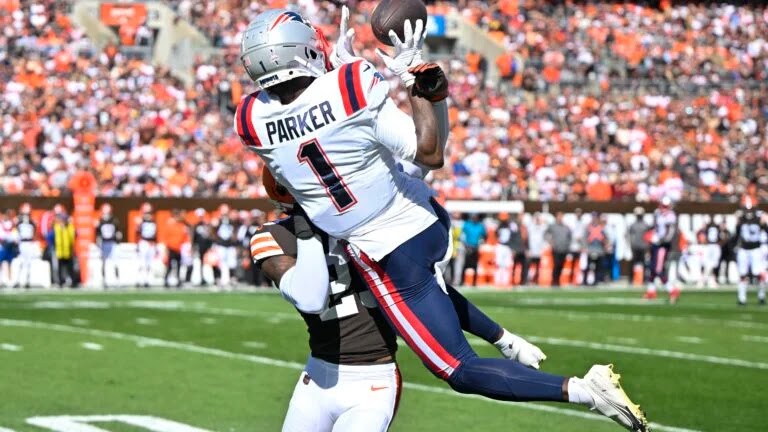 (Boston.com)
In an up and down afternoon in Ohio, the Patriots were able to push their way up to a win. Although Mac Jones made the trip and was listed questionable, Bailey Zappe got his second start on his young season. In a productive day, Zappe went 24/34 for 309 yards and two TDs. Rhamondre Stevenson took over the lead back role with Damien Harris out and had 19 carries for 76 yards and two TDs. While the score was 38-15, there is certainly much to improve on, as penalties and an almost disaster onside kick were the down points today.
The Patriots do appear to be clicking at the right time, with just about everyone on offense playing an important role during the game, and the defense continues to impress as well. Former Patriot Jacoby Brissett had his fair of troubles with two interceptions from Kyle Dugger and Jalen Mills. He was also brought down with 3 sacks on the day. The Pats are staying relevant in the AFC East with a win today with a now record of 3-3.
Also with a win today, Bill Belichick has tied George Halas for second in most all time wins as a head coach with 324 wins including playoffs and regular season. The Pats open up their softer part of the schedule with a win, and will look to string some Ws together in a row, as they will be taking on the struggling Chicago Bears next Monday night.