Patriots get a huge win over the division rival Jets 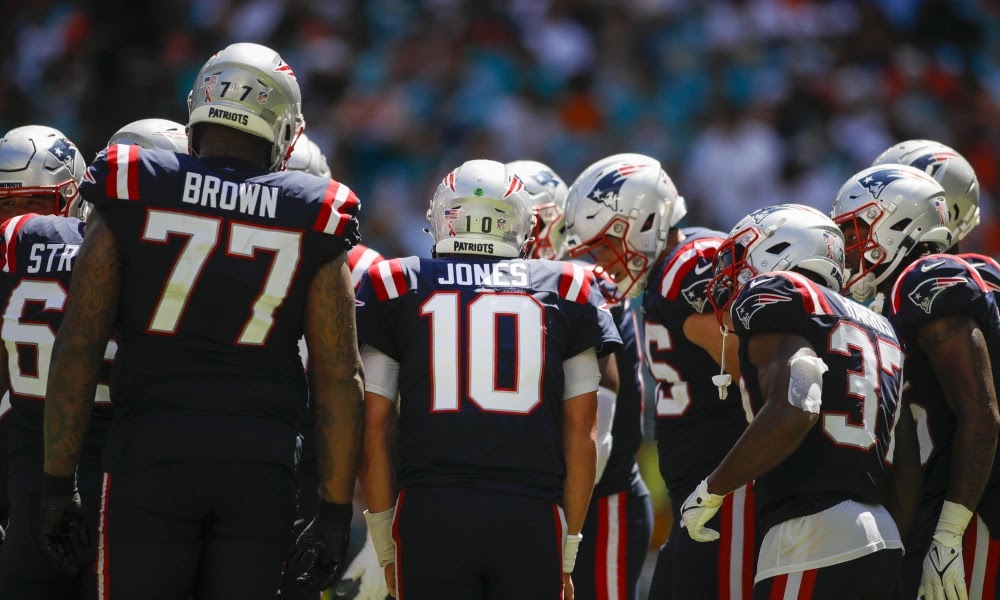 (Patriotswire)
It wasn't the prettiest game, but the Patriots went into New Jersey and got a hugely must needed victory against the Jets. After some speculation of who would be starting at QB and after a brutal loss to Chicago, the Pats were able to go in and get the job done. Mac Jones had a rough first half, but was able to tighten things up a little better in the second, going 24/35 for 193 and a TD and INT. Mac had a couple head scratching plays including a brutal pick six that was called back due to a roughing the passer call, but it wasn't all his fault today. The Jets were giving the offensive line a ton of issues today, getting to Mac 6 times.
Defense was letting up chunk plays early on, but picked it up and forced 3 INTs on Zach Wilson, which included 2 by Devin McCourty. Rhamondre Stevenson had a huge role today, having 71 yards on the ground and 72 receiving as well. Nick Folk is likely to be the player of the day, as he ended up going 5/5 on field goals. There is still a lot this team needs to work on, but a big division win against the Jets will go a long way for morale of the season and keeping the Pats alive in the AFC East.
It wasn't a super convincing game for the Mac Jones sceptics, but he appears to be fully healed from his ankle injury and just needs to get back in the flow of things with the offense. The offensive line was pretty brutal today and the loss of David Andrews to a concussion was certainly felt. The Pats will enjoy this big road win today, but will keep themselves going as they will be taking on the Colts next Sunday afternoon at Gillette, followed by their bye week. A lot to clean up but a win is a win!