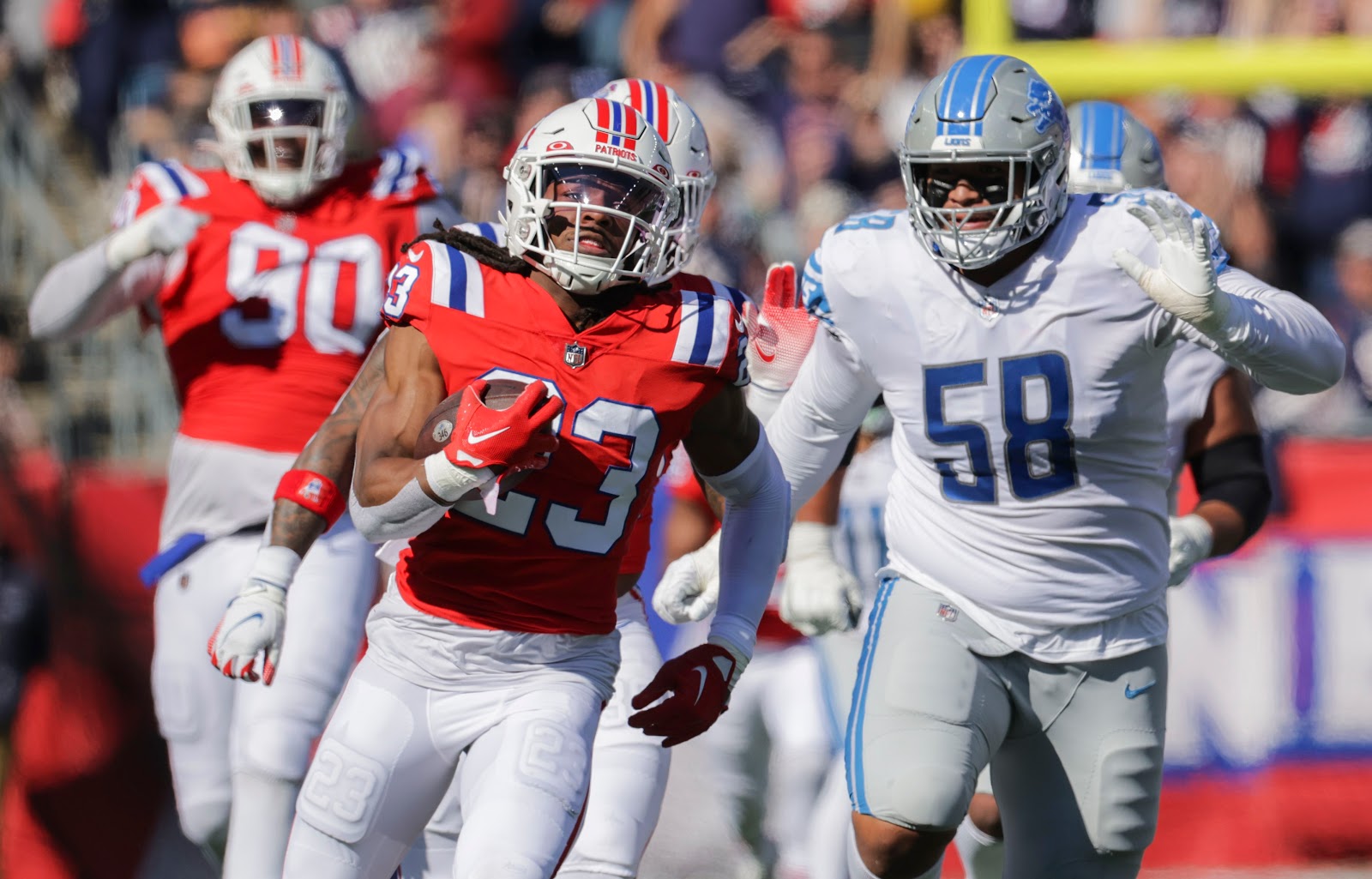 (BostonGlobe)
The New England Patriots cap off the throwback jersey day with a 29-0 shutout win over Detroit Lions to advance to 2-3 on the season. Bailey Zappe got his first NFL start and boy did he deliver. Zappe went 17/21 for 188 yards and a TD and INT. The Pats exposed the league worst Lions run defense with a steady Rhamondre Stevenson attack as he had 25 carries for 161 yards, filling in for Damien Harris who exited the game with a hamstring injury.
Defense was the story line today, as they not only held the Lions to zero points, but they forced Detroit to be 0-6 on 4th down attempts which included a strip fumble which Kyle Dugger returned for 6. Rookie Jack Jones also made his presence known with a redzone interception on Jared Goff. Matthew Judon also stepped up with 2 sacks, giving him now 5 sacks in 5 games.
In his return from injury, Jakobi Meyers had 7 catches for 111 yards and a touchdown. Mac Jones was limited all week in practice and even had the doubtful mark listed, so its unclear how soon he could be back under center, but he appears to be responding well to the treatments and could be back as early as next week, but we will take it day by day. The New England schedule gets a little easier in the coming weeks, so the Pats seem to be picking the right time to start clicking as a team and stringing some wins together. Overall just a really solid day of team football with some of the coolest looking jerseys in the league. The Patriots will be heading over to Cleveland to take on the Browns next Sunday afternoon.