Marty B with 3 TDs 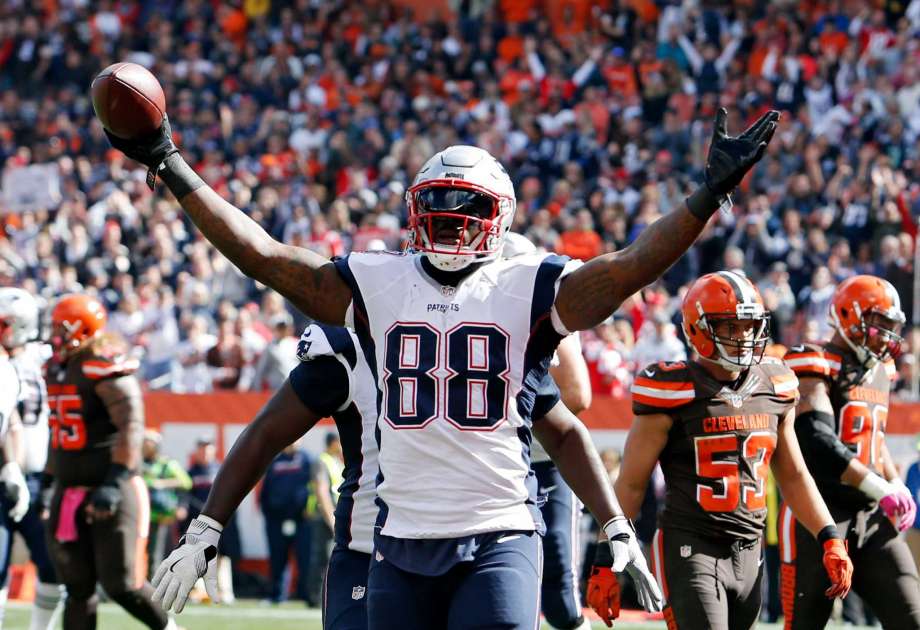 If the only thing Martellus Bennett can’t perform well is a Gronk-spike then the Patriots got the better end of the trade with the Bears. His feeble celebration attempt came on Bennett's first of three TDs during the rout against the Cleveland Browns.

Everything else seemed to click for Tom Brady’s newest weapon, ending the game with a season high 6 catches on 8 targets for 67 yards. The three TDs were a career high and makes you wonder if this really was his first game playing with Brady at QB.

The afternoon wasn’t all peaches though for Bennett, there was a scare early in the game when the TE went down with an apparent ankle injury. He appeared to be in a lot of pain and when asked how he was able to return;

S--t hurts. You lay down for a second. You feel sorry for yourself then you think of all the people who are counting on you on the field and off the field, and you just find a way suck it up and go out there and play for those guys. That's what it's really about. I didn't want to let my teammates down. A lot of stuff we worked on in practice counted on both of us being out there, so I had to figure out a way to go back out there and play with my teammates.

They asked me if I needed a cart and I'm like, 'S--t, I'm going to look so weak.' I've been watching Luke Cage. He's the bulletproof brother from Marvel, and I'm like, 'What would Luke Cage do right now?' He'd get up and keep bouncing around, so I was like, 'I've got to get up and show them, get a moment, just run off the field and let them know I'm coming back in the game.


If only his celebrations were as good as his post-game commentary.